Back in October, Jayson made a video of the kids to promote the premiere of "Texas Quints". TLC didn't give us permission to post the video in time, but it was cute, so Jayson added an intro to it and is posting it now! (Note: the main part of the video was made in the Fall, so the kids are referring to the TLC special "Texas Quints" that aired LAST October---we are not announcing any new shows!) 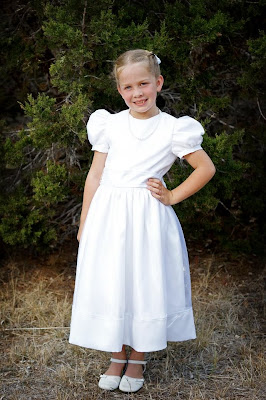 Kaiya turned 8 this year, which means that she is old enough to get baptized. Due to scheduling conflicts, the first day after her birthday that would work for everyone was May 8th, which also happened to be Mother's Day! Kaiya was so excited. 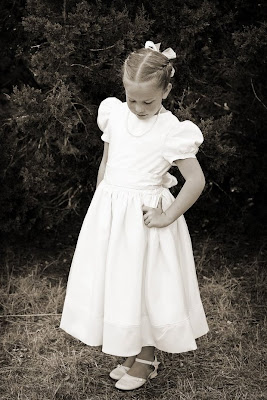 Kaiya was being such a turkey when I tried to take her picture before the baptism---She did not want to cooperate. I kind of liked this more candid shot of her, though. 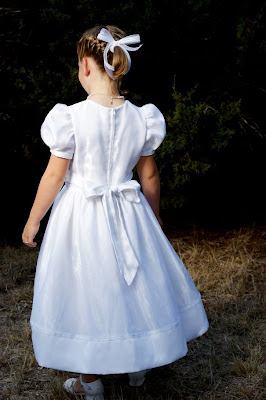 I threw this picture in to show the back of the dress. Her dress was absolutely beautiful---it was made by a very dear friend who does not want to be named (Here is a hint...if my family was "The Brady Bunch" she would be "Alice") 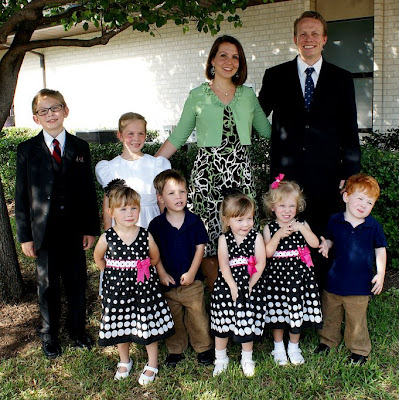 Outside the church before the baptism: Riley, Kaiya, Rachelle, Jayson, Kassidy, Ryder, Kaydence, Kyndall and Rustin 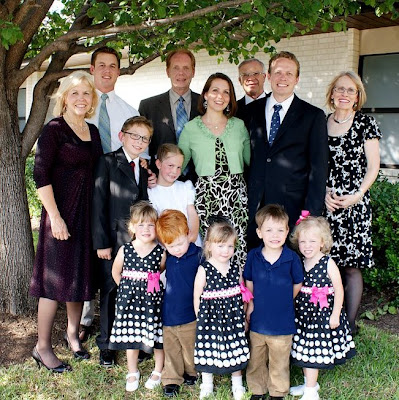 The whole fam with both sets of grandparents and my brother Ryan who all came for the baptism. It was awesome to have family come to support Kaiya on this special day!! 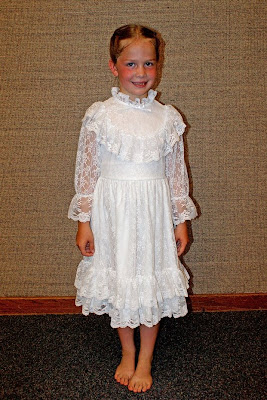 Kaiya in the dress she was actually baptized in. This was MY baptism dress when I was 8! 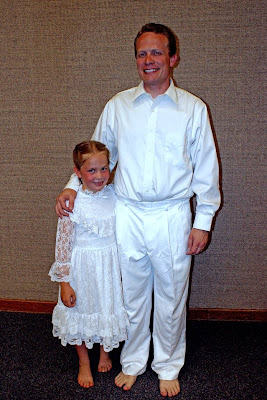 Kaiya with Jayson, who baptized her

The actual baptism was very nice. Jayson's mom gave a short talk on Baptism, and then Jayson led Kaiya into the font. I stood on the side by the entrance to the bathroom to help Kaiya when she came back out of the water. As I stood there, I saw all the quints with their faces pressed up against the plexi-glass looking down into the font---it was very cute, I wish I could have taken a picture. Kaiya was beaming as she came out of the water. After the baptism, Andrea Woods, a family friend sang a beautiful solo of "I Think When I Read That Sweet Story" and then Kaiya was confirmed by Jayson. 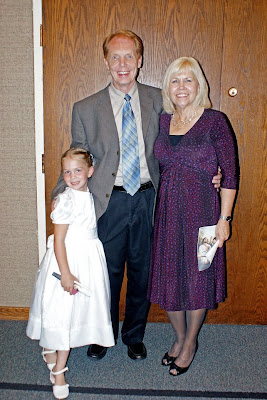 After the baptism: Kaiya with Mimi and Papa 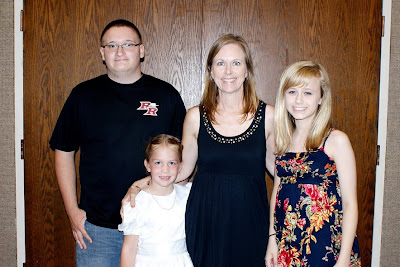 Kaiya with Troy, Cassaundra and Ellis

I spent so much time behind the camera that I never got a picture of ME with Kaiya--Bummer! 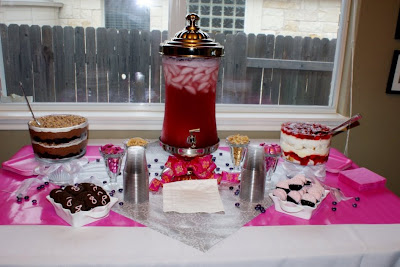 After the baptism, we had everyone over to our house for refreshments---this was the refreshment table. 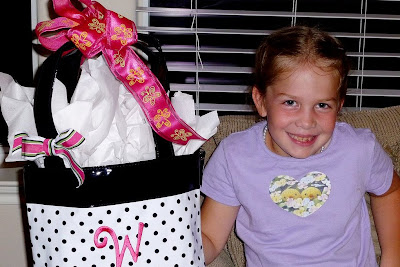 Kaiya with a baptism gift from Mimi

It was great that Kaiya's baptism fell on Mother's Day----that means we got to spend Mother's Day with both my mom and Jayson's mom---something that has never happened before! We invited a few more of our favorite moms (GG and Cassaundra) and their families over for Mother's Day dinner before the baptism. For anyone familiar with Cafe Rio, I made a copy-cat version of their Barbacoa Pork Salad----it was SO good---tasted just like the real thing! (I used the pork and dressing recipes from HERE and the cilantro-lime rice recipe from HERE, if anyone is interested.) 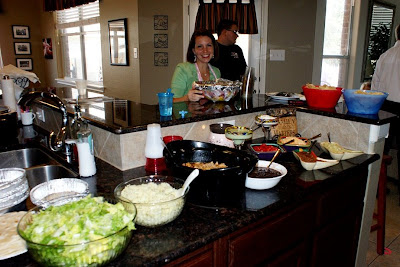 I was too busy running around and didn't get any pictures of a salad all made up, but this was the buffet line. 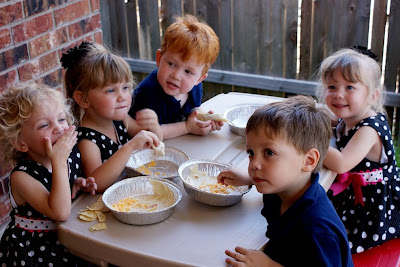 The quint table at dinner (the only parts of the "salad" they would eat were the tortilla, cheese and chips) 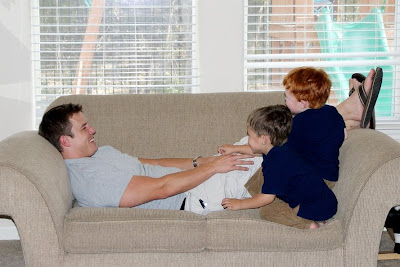 My brother Ryan, who lives in McAllen (about 5 hours from here) came up for the day. He is still a swinging bachelor, so he isn't quite used to the noise and chaos at my house, but the kids LOVE him :-) 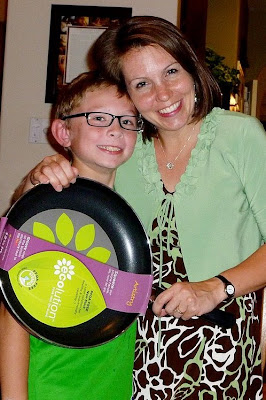 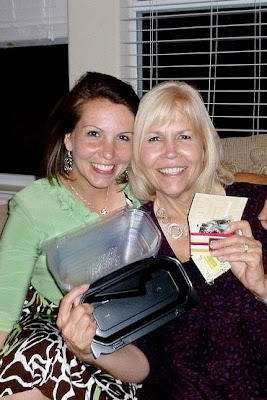 Me and my mom 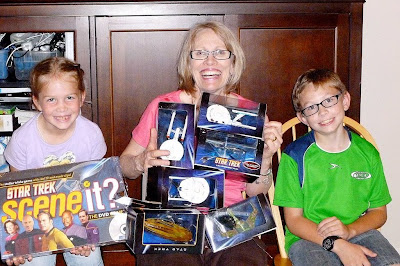