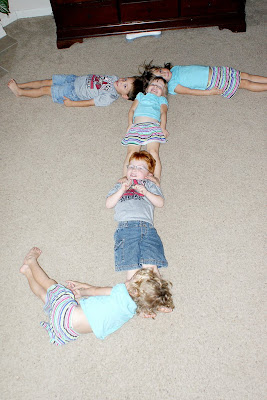 For J week, we kept our weekly Junket simple and close to home. We started with a Joyous lunch at Jason's Deli. It has been a long time since I have eaten there and I forgot how Juvenile-friendly that place is. The kids actually liked the food in the kids meals and they were especially Jubilant about all of the varieties of free crackers from the salad bar. To top of the meal, there is free soft serve ice cream for dessert--what JOY! 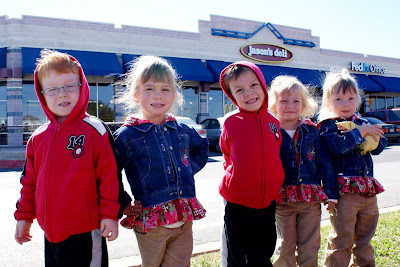 The Jubilant Juveniles Just before lunch at Jason's Deli 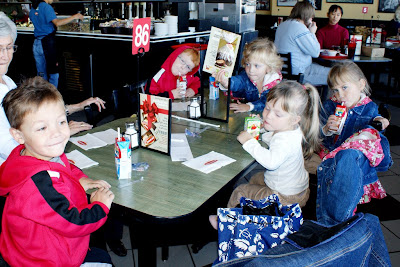 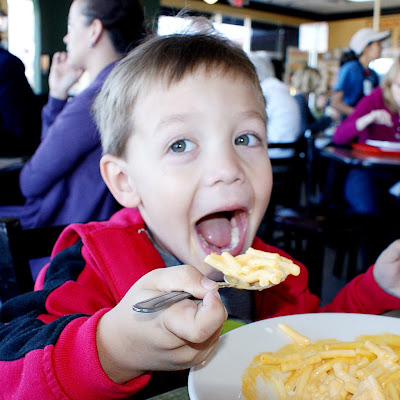 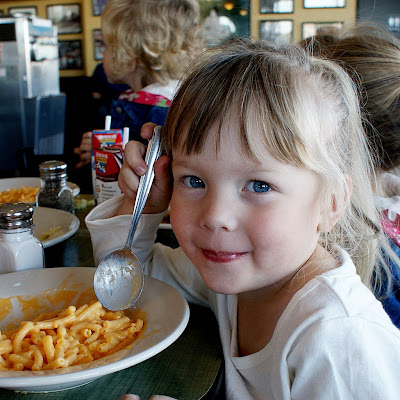 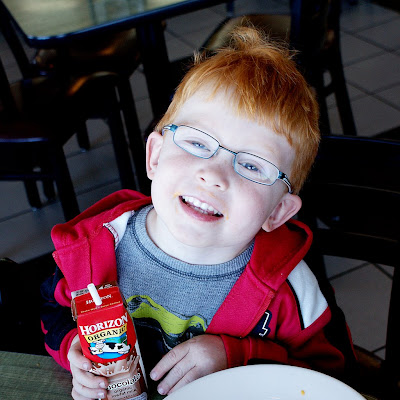 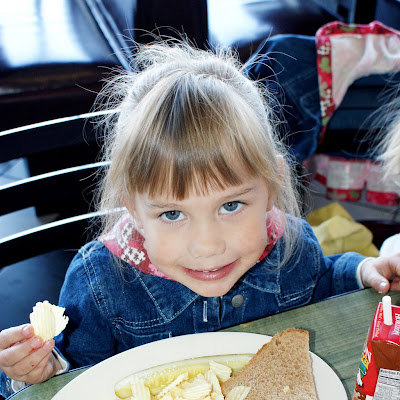 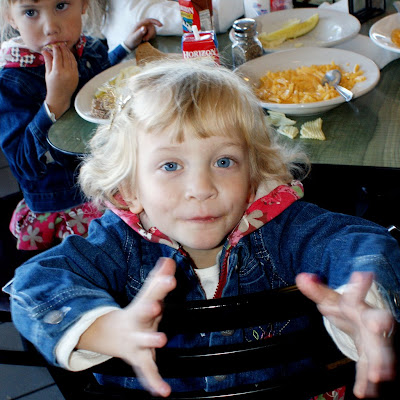 Following our Jaunt to Jason's Deli, we Jetted over to the park to play on the Jungle gym. 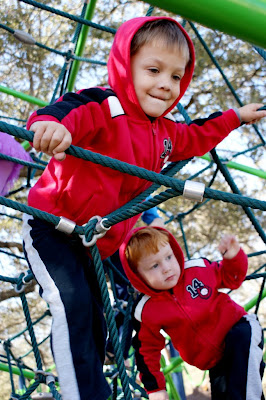 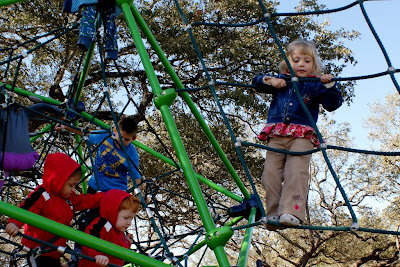 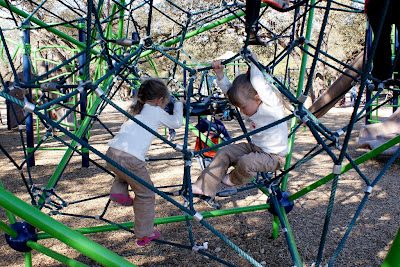 All in all, we had a Jolly-good time and the kids would Jump at the chance to take this Journey again!

Posted by Rachelle at 7:27 PM 2 comments

Just wanted to let you know that I am planning a 2012 WQ+2 calendar this year. I am planning on having them printed at Costco again. Like last year it will include a few pics of Riley and Kaiya too. A few people have requested a copy of the calendar, even though it isn't all quints, so I thought I would throw the offer out there for everyone.....If you have a blank spot on your wall that you would like to fill with a WQ+2 Calendar, I would be happy to order one for you and have it sent to the Costco nearest you. You can then pick it up and pay for it at your Costco. The cost for the calendars is $9.99 plus tax.

If you would like a 2012 WQ+2 Calendar, just send me an email at rcwilkinson@gmail.com Let me know how many you want and which Costco you would like to pick them up at, and I will send in the order. Calendars take 5-7 business days to arrive. 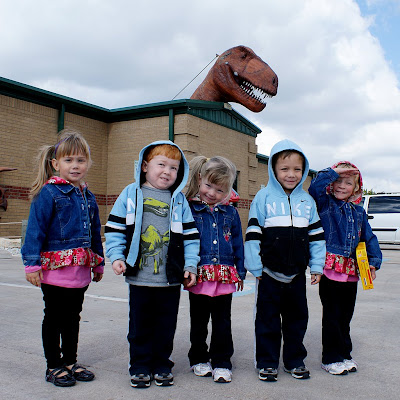 This week we decided to take a break from learning new letters and review the ones we know so far--A B C D K L M P R S. (and by "this week" I really mean a month ago, since that is how far behind I am!) For our field trip, we hit the road and went to Dinosaur World in Glen Rose, Texas. Dinosaur World is home to over 150 life-sized dinosaur replicas. 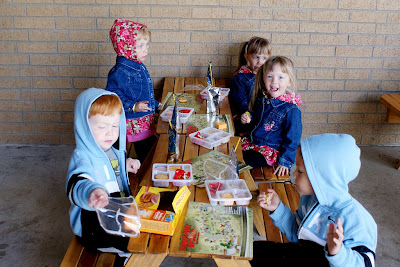 Picnic Lunch! I got up early Friday morning and put together a fabulous picnic lunch which ingeniously incorporated all our letters (apples for A, bagels for B, cheese sticks for C, etc.) Unfortunately my brilliance ended there. After we had been on the road for about 30 minutes, I realized that I had not-so-brilliantly left the cooler with our picnic at home on the kitchen counter! Dinosaur World is REALLY in the middle of nowhere, so fast food was not an option, but we did find a little grocery store and we were able to make a hodge podge picnic (though not quite as alphabetical!) 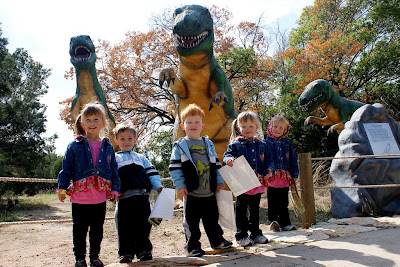 Kassidy, Ryder, Rustin, Kaydence and Kyndall---The park was kind of like a zoo for dinosaur statues. We followed a large circular path to see all the exhibits. Each one had a sign giving the dinosaur's name and info. 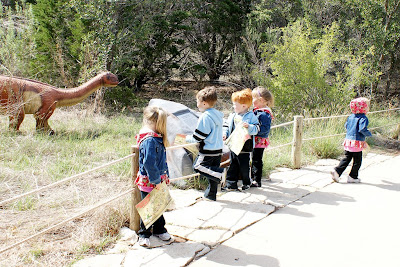 I tried to get the kids to stay and look at each dinosaur long enough for me to tell them dino's name, but some of them (most notably Kyndall--no surprise there) just wanted to run to the next one! 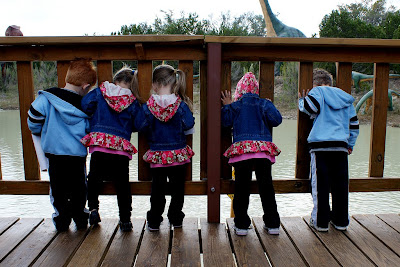 Halfway around the loop there was a pond with Koi fish swimming in it, which the kids found utterly fascinating. 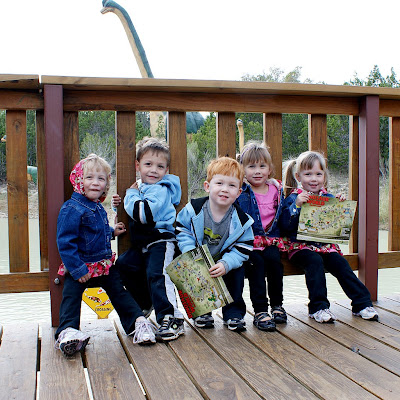 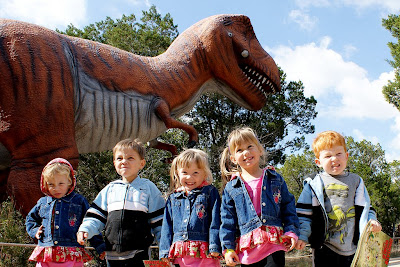 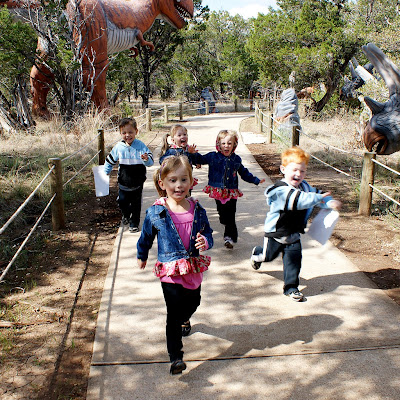 Running from the T-Rex

The park also had a big playground, which my kiddos loved! 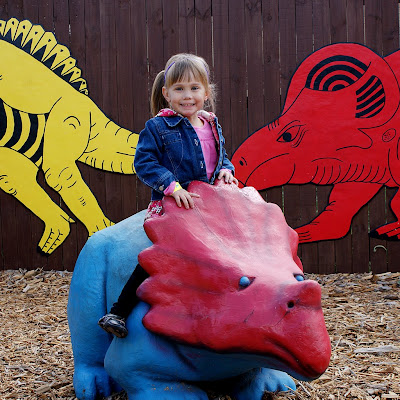 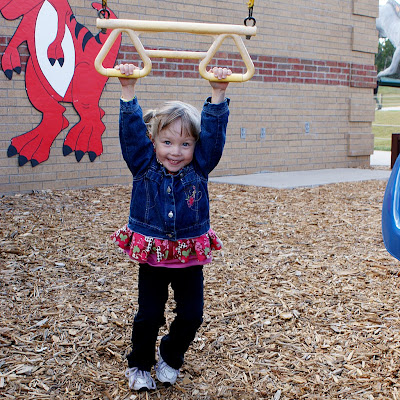 Kaydence---Kaydence had my favorite quote of the day....the kids kept running from dinosaur to dinosaur all day---I tried to slow them down by having them say each of the dino's names before moving on. At one point, Kaydence ran ahead and then stopped and yelled back at me, "Mom, LOOK---It's an Oh-My-Goodnessaurous!" 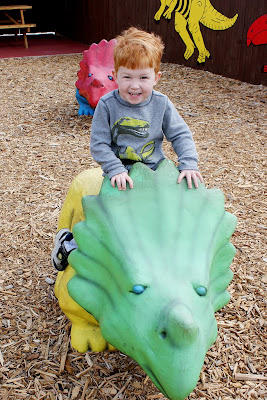 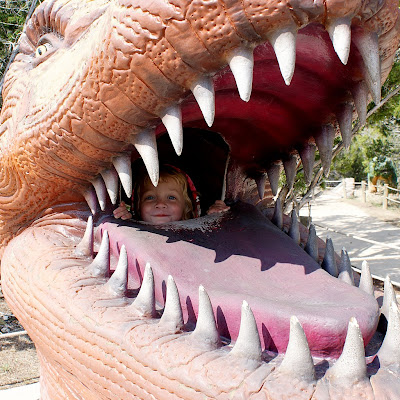 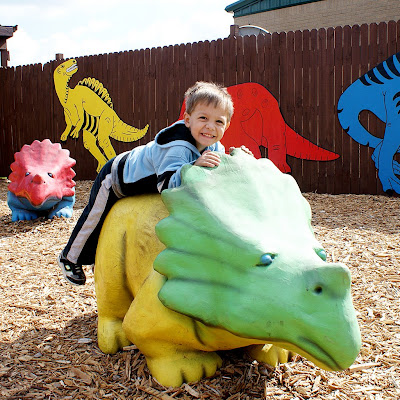 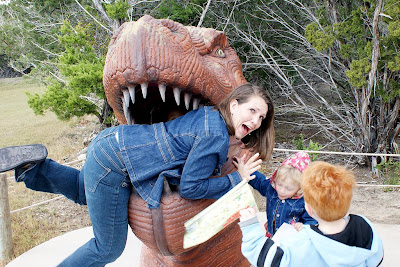 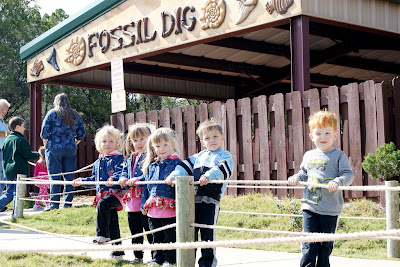 Our final activity at the park was a fossil dig. Each of the kids got their own tools and could dig for 15 minutes. At the end they could select three fossils to take home with them. 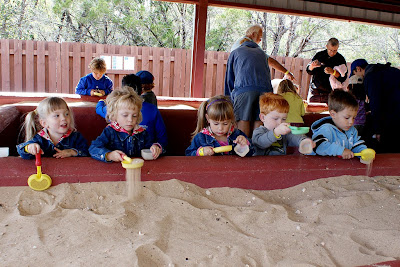 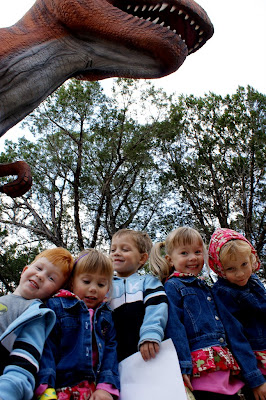 The kids had a blast and have been begging to back, so I think it was a successful field trip!

Posted by Rachelle at 7:39 PM 2 comments