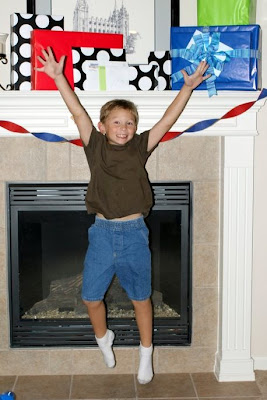 Last Thursday was Riley's 9th birthday. It is hard to believe I have been a mom for 9 years! Someone told me that since Riley is 9, his time at home is now half way gone. That is crazy to think about.

At our house, we do "friend" birthday parties every other year this was Riley's year for a party. Riley really wanted to have a LEGO birthday party. Since I really went all out for Kaiya's Princess party back in March, I tried to make Riley's party equally as great.

The kids played "hot LEGO" (aka hot potato with a box that looked like a LEGO), had a LEGO building contest, and raced to see how many LEGOs they could pick up using chopsticks. The kids were actually a lot more skilled with the chopsticks than I thought they would be. 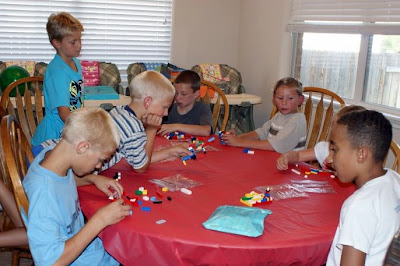 The kids worked hard to come up with their LEGO creations. 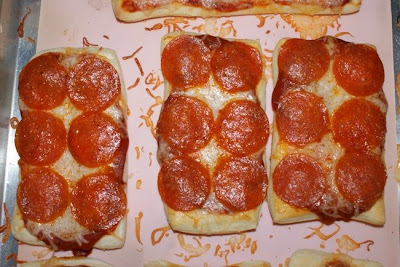 For dinner, we had LEGO shaped pizzas. 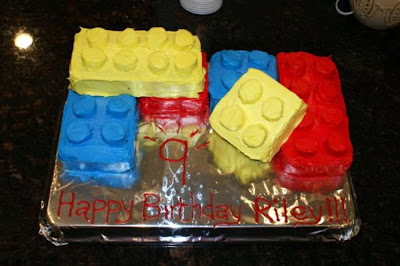 Of course no LEGO party could be complete without a LEGO cake! I made this one using Betty Crocker's recipe. 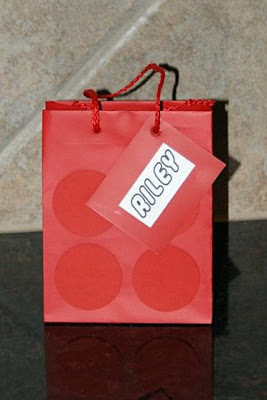 I attempted to make the goodie bags look like LEGOs by cutting out four circles and attaching them with foam tape. I also found a LEGO font online to print the names with. 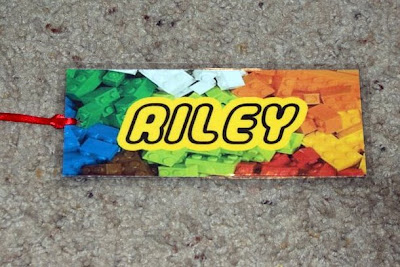 The goodie bags were filled with LEGOs (of course), candy, and a homemade LEGO bookmark. 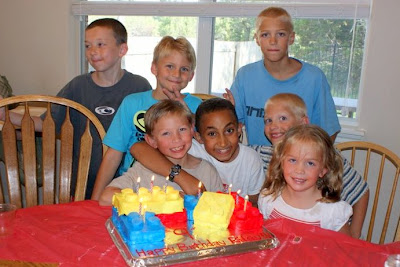 All in all, I think the kids, and most importantly Riley, had a great time!

Riley's actual birthday was the day before our Wilkinson Family Reunion (more on that in an upcoming post), so he was lucky enough to have some extended family members here to help him celebrate. 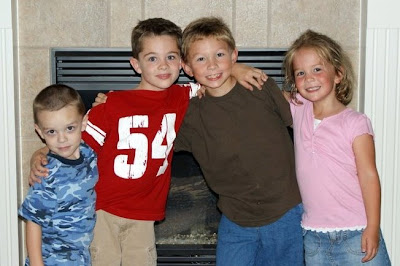 Cousins Andrew and Trevor with Riley and Kaiya 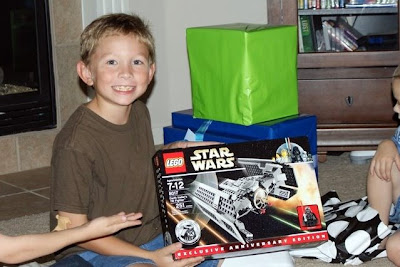 Not surprisingly, the main thing that Riley wanted for his birthday was....LEGOs!! 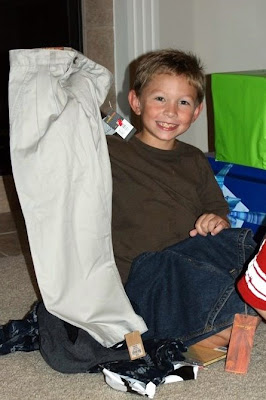 Riley is one of those really great kids who gets totally excited about every present he opens. It is so much fun to watch him. When he opened this one he exclaimed, "Oh, AWESOME!!! Some new Sunday pants!" 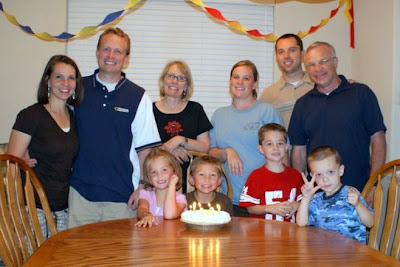 The whole gang (minus the babies who were in bed). Back: Rachelle, Jayson, Grandma Wilkinson, Alicia (Jayson's sister), Mike (Alicia's husband), and Grandpa Wilkinson. Front: Kaiya, Riley, Trevor and Andrew 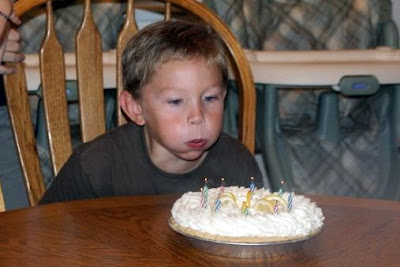 Riley blows out the candles on his birthday "cake" of choice----a Double Cream Lemon Pie from Marie Callendars--YUM!

Look how creative you got with all the legos!! Great job..looks like they had a blast!
Happy 9th Birthday Riley!!

Happy Birthday Riley! It looks like the party was a lot of fun! Very cute idea!

you are so creative!! especially that cake!! i bet you had a great time making everything, and watching Riley enjoy it all!! Can't wait for more updates!!

Everything turned out awesome. you are a very creative Mom. I have been following your blog since you had the Babies. I have to say you are one Amazing Mom. Best of luck to you and may God Bless your entire family. Keep posting I love reading about your family. Especially the Babies :)

Have you thought about: As the quintuplets get older, how are you going to handle birthday parties?

I'm still trying to decide what to do for a 2nd birthday for my single fellow.

I love your blogging of your parties.

woops, I knew his birthday was this summer, but I was innacurate on my post that all kids were 8 and under--he had just turned 9! Fun fun lego party--maybe I can talk my boys into that for their fall birthdays. I had seen that cake before and just love it!

Rachelle, such clever ideas. I know you enjoy creating and putting togther this type of event, I'm happy for you and Riley that you found the time to pull it off. It will be a wonderful memory for your nine year old Riley.

My husbands b.day is the same day.

My husband is OBSESSED with Legos I think I might have to throw him a Lego birthday party and steal some of your ideas! :)

Great ideas!!
Would you be able to send me the document for the Lego bookmarks? I really like that idea!

Thanks for all the great ideas!