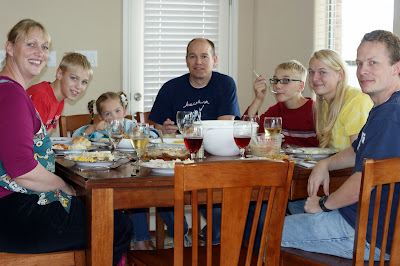 We celebrated Thanksgiving this year with our good friends the Woods'. It was great! The quints are finally getting old enough that I don't feel like I have to be constantly worried about them hurting themselves or destroying everything they come in contact with (OK, so I do still worry about that one, but it helped that the Woods did a good job of babyproofing before we came over!) It was so fun to be able to relax and visit. We actually brought all of our pack-n-play's over so that the babies could take a nap at the Woods house, and they we timed dinner to be ready while they were all sleeping. I actually got to sit down and eat dinner without anybody yelling at me, throwing food at me, or causing me to jump up every two minutes to get them something. It was wonderful!!! 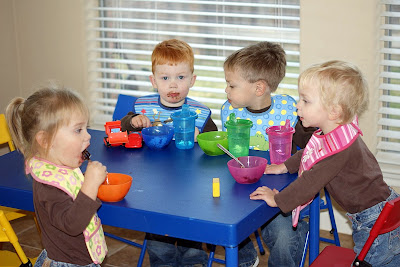 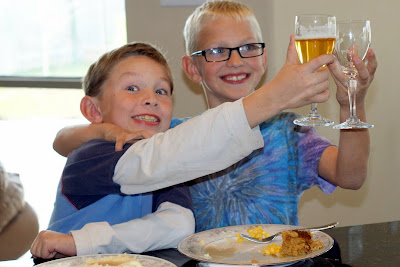 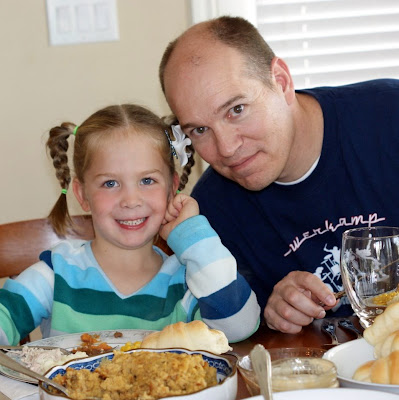 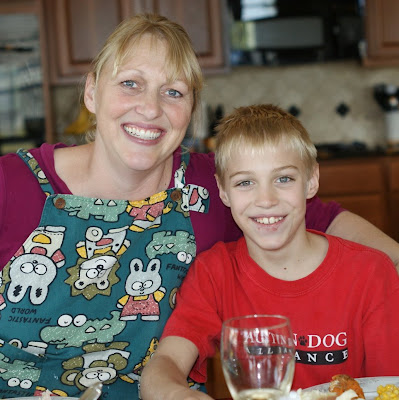 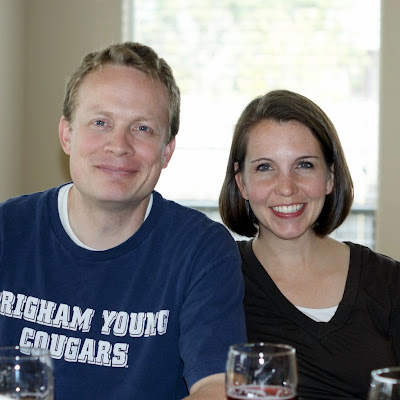 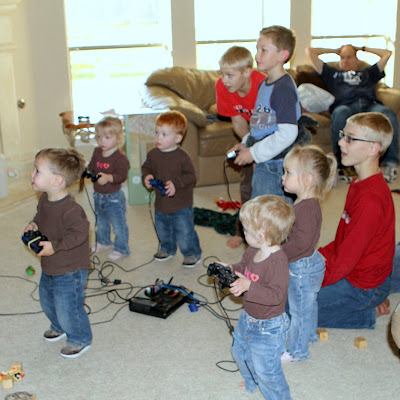 After dinner the kids enjoyed playing video games (there were even enough controllers to go around so everyone at least thought that they were playing, even if they weren't actually plugged in) They also had fun playing outside. 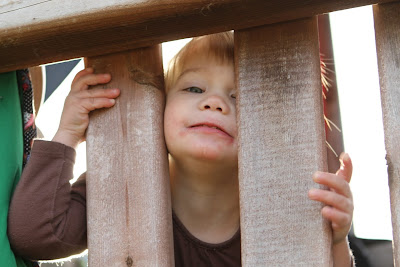 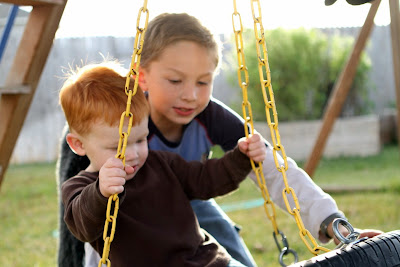 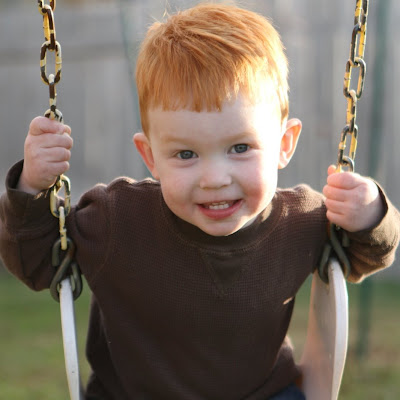 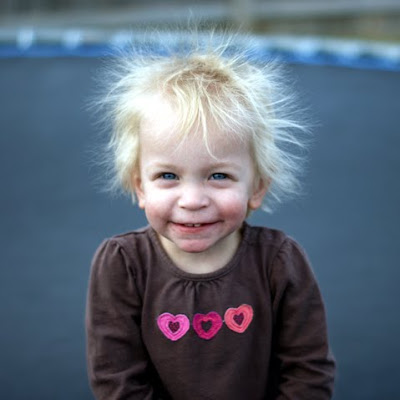 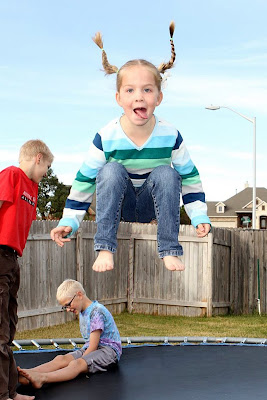 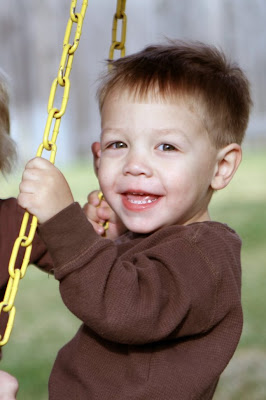 Note: Kaydence somehow managed to avoid getting her picture taken, but I promise she was there too!

The week before Thanksgiving, my mom (aka "Mimi") was here for nine days. Whenever she comes, we always try to get as many things done as possible. This time we may have broken our record for the most activities in one day. Since she was here to help, we decided to have a garage sale that Saturday to sell some of the mounds of baby stuff I still have hanging around. After we advertised the garage sale and started to make preparations, I got a call from a photographer reminding me about the photo shoot scheduled for that Saturday. Big oops! We had rescheduled several times, so I guess the "real" date had not stuck in my mind. Fortunately the photograher was flexible and agreed to come in the afternoon, after the garage sale. In addition to the garage sale and the photo shoot, we also managed to sqeeze in Riley's last volleyball game and a date night for Jayson and I. 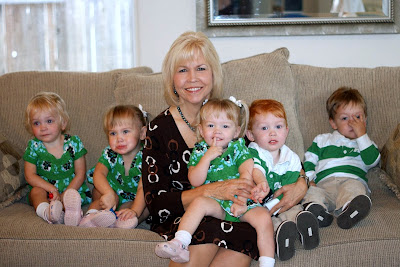 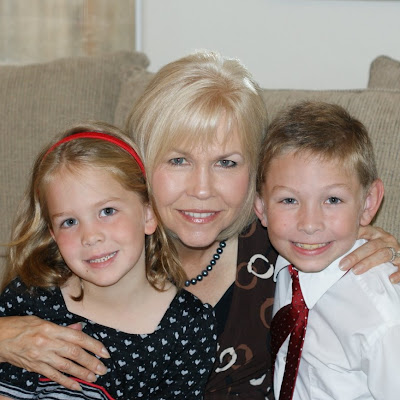 Mimi with Kaiya and Riley 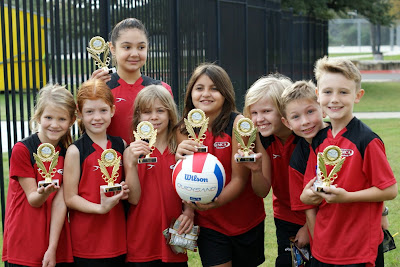 Riley's Volleyball Team, coached by Jayson, after their last game 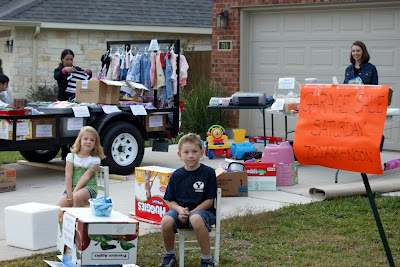 The Garage Sale---Riley and Kaiya decided at the last minute to sell bottled water, soda and Rice Krispie Treats. I think they did better than we did---I was always amazed by the people who acted offended that I would charge $1 for a pair of practically new Old Navy overalls, but then turned around and paid several dollars to buy Rice Krispie treats and waters for their entire family.

Here are a few pics that my mom took during the photo shoot with Figure 8 Studios. (Figure 8 Studios are the people who produced "Multitude of Multiples"--they just wanted some pictures for their website) 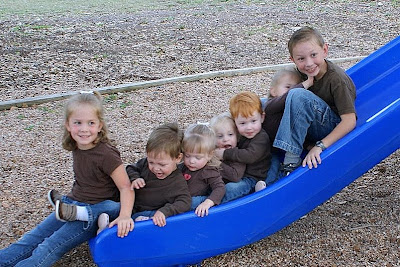 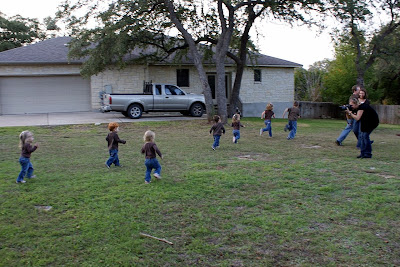 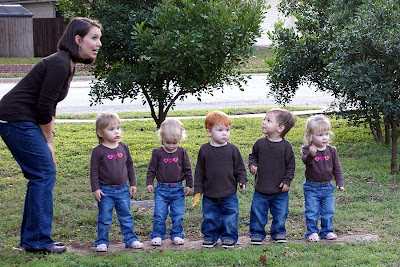 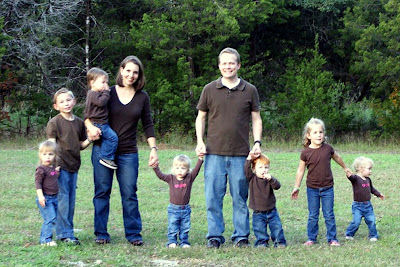 Also while my mom was here, we managed to go to Costco, HEB, Sam's Club, Chick-fil-a, Cheddars and Sam's Club again. 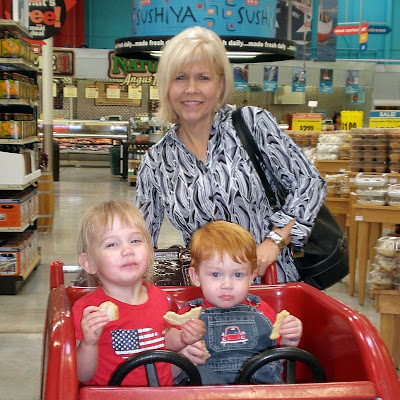 Mimi with Kassidy and Rustin at HEB 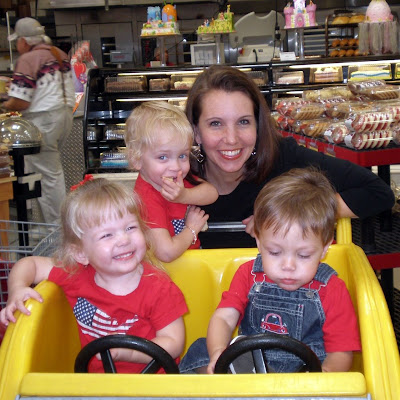 Rachelle with Kaydence, Kyndall and Rustin 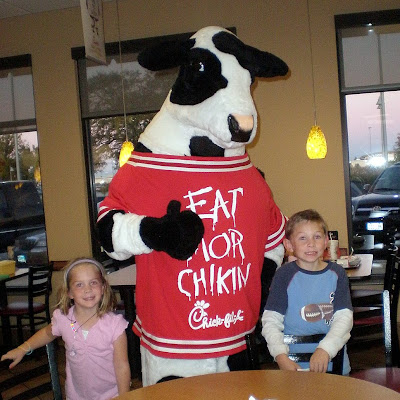 Kaiya and Riley with the Chick-fil-a Cow 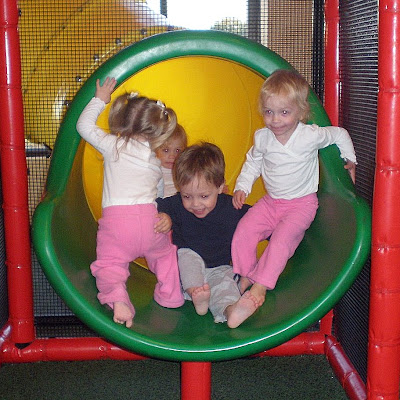 Kaydence, Kyndall, Ryder and Kassidy on the slide at Chick-fil-a 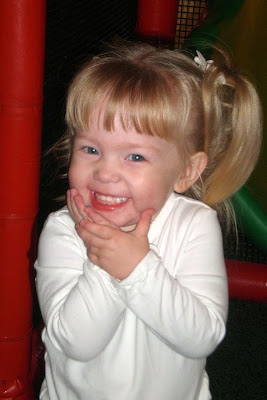 Cute picture of Kaydence to make up for not getting any good ones at Thanksgiving :-)

PS There is still time to order your 2010 Wilkinson Quints Calendar in time for Christmas! For more info, click HERE to see an earlier post about the calendar, or HERE to visit our website, or use the PayPal button to the right ------>

Wow girl..you guys have been super busy!! I love ALL of the pics!!
The ones of them playing on Thanksgiving are precious!!!

YOU sure know how to fit a lot into a post... I sure love your posts and it is fun watching your children grow.

Every one is darling uncluding your mom.

I love the photo of Kaiya jumping in the air! It looks like she is sitting on the fence!

Your family looks like FUN! I have been reading your blog since you were pregnant with the babies. I cannot believe they are almost 2.5!

I know it was so nice to eat Thanksgiving dinner while they were sleeping! Woohoo!!

Your mama is so pretty!! Don'tcha love it when she comes and is such a big help?! I'm always amazed at how much my mom and I can get done together!!

Hope you have wonderful holidays!

I'm always amazed that the Quints are in matching color coordinated clothes. Someday you'll have to share your insider tips on how you pull that off. My three insist on dressing themselves with often hilarious results.

Hi i'm Janneke from the Netherlands!

I opened your site by accident! And i was very amazed of the pictures.

For the past 2,5 hours i was reading all your story about you're seven kids. I have deap respect for you guys!

I'm studying for kindergarten teacher right now and after a day with the kids i'm glad i can go home and relax!

All of you're children seem to be very happy and are growing up as cute individuals!

All i want to say is you're blessed with such a cute family!

I'm sorry if my english is not so good, but i'm trying my best!
Will follow you're story's from now on!

Greetings or as they say in the netherlands: DOEI!
Janneke

Sorry for the blog pictures. I am new to blogging and didn't know it wasn't allowed. I have deleted the pictures and the blog. Please note that i was using them for good purposes only.